“Do not think that I have come to abolish the Law or the Prophets. I did not come to destroy but to fulfill.” –Matthew 5:17 (NKJV)

Get in touch with us 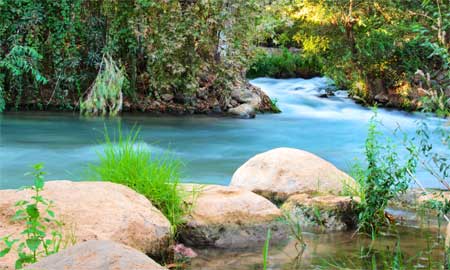 Often today we hear that times have changed and that the Bible is no longer relevant for our day. Of course, nothing could be further from the truth. The Bible, being God’s perfect, infallible Word is extremely relevant for the day we live in. It is composed of two parts, an old and a new, referred to as the Old Testament and the New Testament.

Many teachers today abandon the study and teaching of the Old Testament because it seems antiquated and somewhat restrictive. Often they point to the new covenant ushered in by Jesus Christ, thus claiming that we are no longer subject to the old covenant law or even the study of it. To do so is a great misunderstanding at best, and dangerous as a worst-case scenario.

Jesus Christ, God’s only begotten Son, came to the earth in order to pay the penalty for our sin, a payment that could only be made by a perfect sacrifice. In order to better understand this sacrifice careful study of the Old Testament should be considered.

"I want to know more about God, where should I start reading?"

Often people who have questions about God and faith will ask questions like, “I want to know more about God, where should I start reading?”  Certainly, it would be wise to begin reading the first five books of the New Testament, also known as the gospels, since this is where one can obtain the most information about the life and work of Jesus Christ during his time here on earth.  While this is important, it is also critical to have an understanding of what Jesus came to fulfill. In order to do that, careful study and adherence to the teachings of the Old Testament is necessary.

We know from the very beginning that God created the heavens and the earth and that he also created man (Genesis 1). God made man in his own image, and he gave man dominion over the earth. He created man to be in a perfect relationship with him, yet man’s sin destroyed that relationship. All throughout the Old Testament, God provided a sacrificial system to atone for the sin of man, but the sacrificial system of animals was a temporary system until once and for all sin would be covered by the blood of Jesus Christ, the perfect, spotless lamb of God. 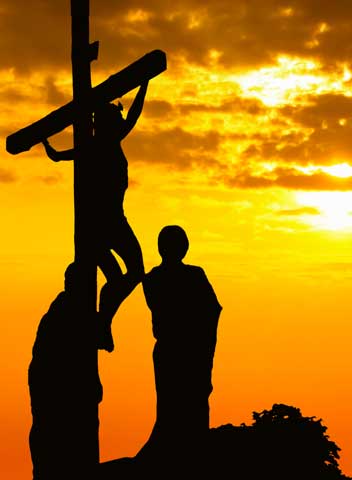 Isaiah wrote:
“He is despised and rejected by men,
A Man of sorrows and acquainted with grief.
And we hid, as it were, our faces from Him;
He was despised, and we did not esteem Him.
Surely He has borne our griefs
And carried our sorrows;
Yet we esteemed Him stricken, Smitten by God, and afflicted.
But He was wounded for our transgressions,
He was bruised for our iniquities;
The chastisement for our peace was upon Him,
And by His stripes we are healed.
All we like sheep have gone astray;
We have turned, every one, to his own way;
And the Lord has laid on Him the iniquity of us all.”
(Isaiah 53:3-6)

When we study the Old Testament, we begin to grasp the enormity of Jesus’ life, death, burial and resurrection, thus providing a perfect payment for the penalty of our sin. In obedience to God the Father, Jesus Christ fulfilled all that had been written before he entered our world to change our lives and mend our brokenness. The law and the prophets provide a piece to the bigger picture.

Let Us Become Part of Your Life's Christian Journey...

Thank you! Your submission has been received!

Oops! Something went wrong while submitting the form