“The Lord said to my Lord, ‘Sit at My right hand, Till I make Your enemies Your footstool.’” Psalm 110:1 “These six things the Lord hates, Yes, seven are an abomination to Him: A proud look, A lying tongue, Hands that shed innocent blood, A heart that devises wicked plans, Feet that are swift in running to evil, A false witness who speaks lies, And one who sows discord among brethren.” Proverbs 6:16-19

What fools people are!! The only enemy anyone needs to be concerned about is if they themselves are the enemy of God. God has used war to humble a people and to lift up a people. Israel is the perfect example of how God will protect those who worship Him in truth and of how God will punish those who do not. God will also allow the will of the people to decide their course which sometimes effects the whole of a nation and sometimes only effects the individual.

Sodom and Gomorrah became polluted and brought prayers and cries up to heaven which brought about the destruction of the five cities. God is not deaf nor is He blind but He is slow to anger and abundant in mercy. This country is on a path of self-destruction and is allowing the propaganda of today to dilute the resolve of the people to be godly people. We have comedians and politicians paving the way straight to hell and we have people laughing their way there.

We do not want the people of this nation to be the enemies of God nor any of the people of any other nation. We need to stop hating our brother and sister and stop allowing the devil to claim so many. We need to stand for the word of God and allow Jesus to be our truth. Christ is the way, the truth and the life, let us follow Him!

“For the ways of a man are before the eyes of the Lord, And He ponders all his paths.” Proverbs 5:21 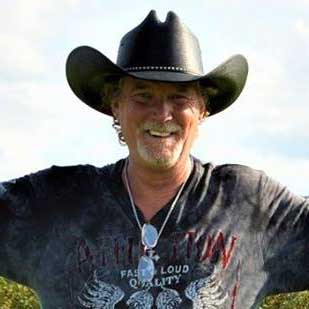